SKU: BR80
Skip to the end of the images gallery 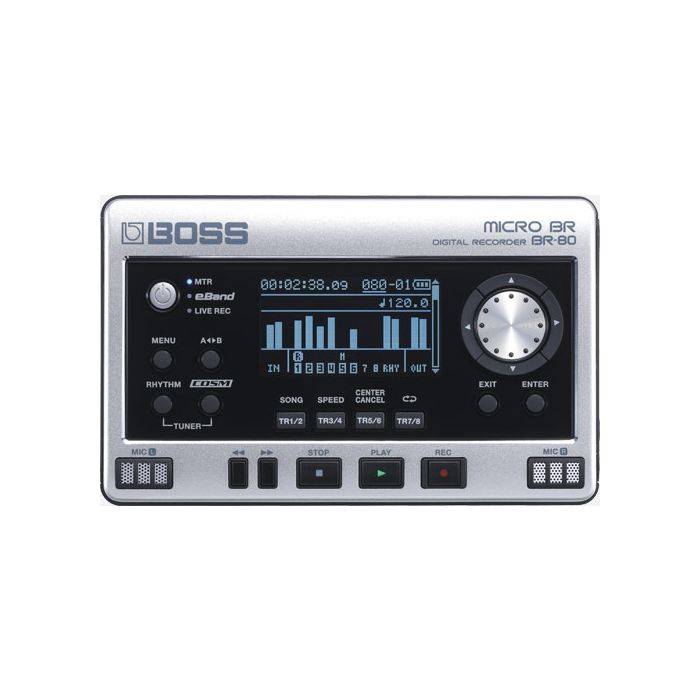 Skip to the beginning of the images gallery
$410.00 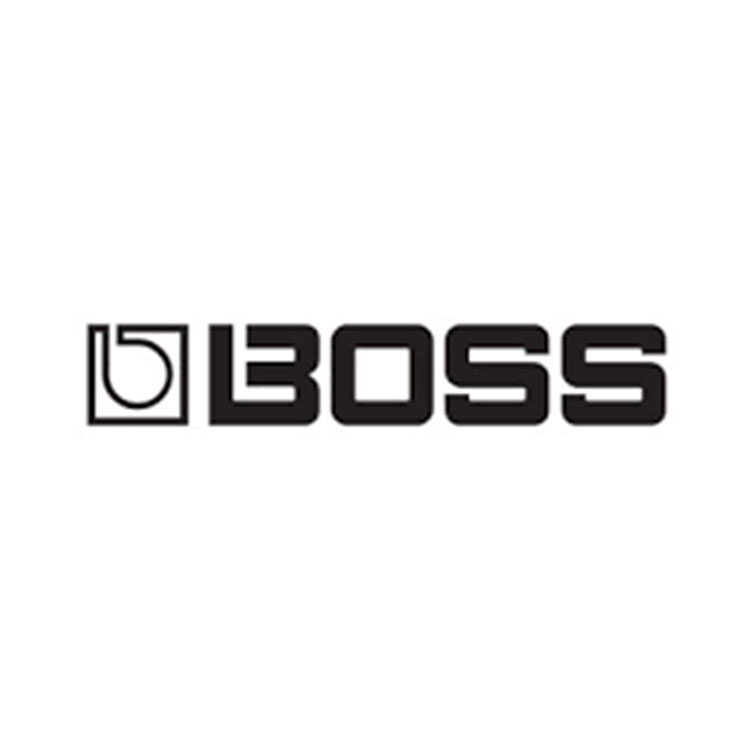 Small enough to fit in your pocket, the BOSS MICRO BR BR-80 is the ultimate new portable recording and jam-along tool for guitarists and other musicians. It’s equipped with three modes to create, record, and perform your music: an eight-track MTR (Multi-Track Recorder) mode; an eBand mode for onstage backing tracks and phrase training; and a Live Rec mode for instantly capturing high-quality stereo recordings. You can even combine the three modes seamlessly. Record your phrase ideas using Live Rec mode, for example, and then import the recordings into MTR mode to use as foundations for song production. Once you’ve added tracks, import your finished songs into eBand mode for backing-track accompaniment at the gig. The MICRO BR BR-80 is truly a must-have for all musicians!

The Complete Studio To Go

Don’t be fooled by its size — this little studio is loaded! The MTR (Multi-Track Recorder) mode offers 64 V-Tracks with eight simultaneous playback tracks. In addition, a dedicated stereo rhythm track is provided, as well as an onboard library of great grooves to choose from. The intuitive user-interface continues the simple-to-use tradition of BOSS’ acclaimed BR series, with a graphical design that follows the layout of a conventional recording console. With EQ, reverb, and mastering tools plus, world-class COSM amps and effects for guitar, bass, and vocals the MICRO BR BR-80 is ready to deliver complete, pro-quality recordings with ease.

The MICRO BR BR-80’s eBand mode offers musicians a fun way to play along with their favorite songs. With the bundled eBand Song List Editor software, you can import CD, MP3, and WAV audio files from a computer via USB. The Center Cancel function can be used to minimize the volume of pre-recorded vocals and solos for play- and sing-along enjoyment. eBand mode is also an excellent partner for musical training, as it lets you record your performance adjust playback speed and/or pitch as desired.

In combination with the onboard high-grade stereo condenser microphones, the MICRO BR BR-80’s Live Rec mode lets you capture pristine stereo recordings instantly. Record vocals, guitar parts, and song ideas the moment inspiration strikes. Your recorded audio files can be easily imported into the MICRO BR BR-80’s MTR mode to use as a basis for multi-track song production.

The MICRO BR BR-80 is packed with professional multi-effects powered by a newly developed custom DSP chip. Over 40 types of COSM amp models give you instant access to a wide range of powerful guitar and bass sounds. The preset patches allow first-timers and pros alike to enjoy high-quality sounds immediately, while power users can tweak parameters in micro detail for the ultimate tonal control. The dedicated vocal effects, comparable with BOSS’s popular VE-20, include doubling, harmony effects, pitch correction, and more.

The ultra-flexible MICRO BR BR-80 can be used as a stand-alone digital recorder or as audio interface for a USB-equipped computer. Cakewalk’s SONAR X1 LE DAW software (for Windows) is bundled with the MICRO BR BR-80, giving users a full-fledged PC-based music production environment with latency-free recording and a powerful range of COSM amps and effects. Furthermore, the bundled Wave Converter software lets you easily exchange data between the MICRO BR BR-80 and SONAR X1 LE or any other DAW.